Can mobile tech do it all? 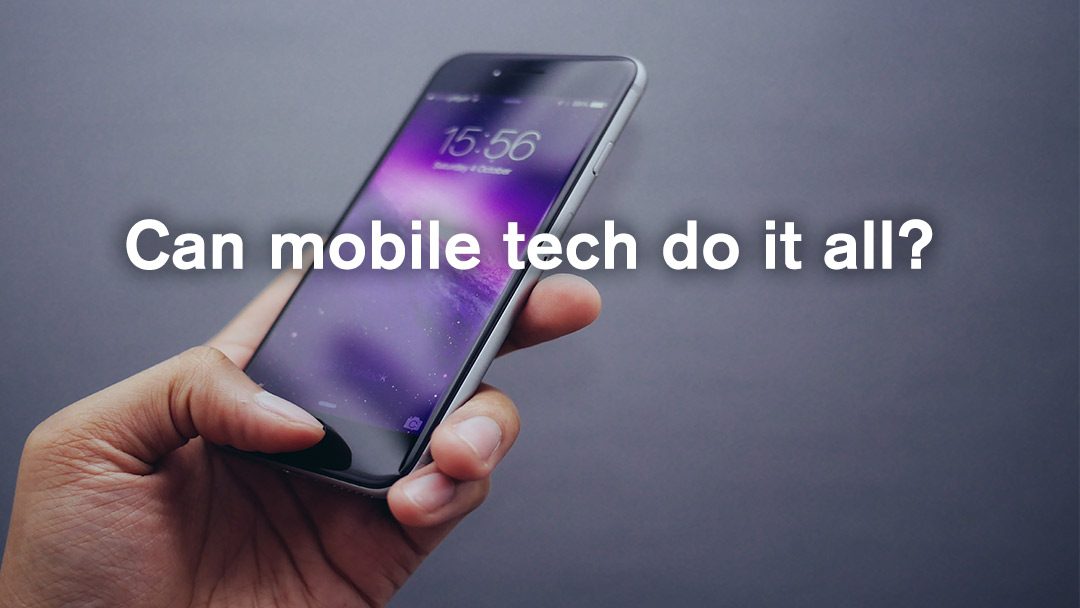 The increasing power of mobile phones, tablets and other devices has challenged the traditional desktop and laptop computer.

Yet is it really possible to run your business from your phone? Is an iPad Pro a good substitute for a MacBook, or a Galaxy S9 a substitute for a PC? And where do devices like the Surface Pro fit into the ecosystem?

Mobile tech advocates argue faster speeds, smarter devices and increased use of cloud-based systems make working from a smartphone much easier and more practical for many businesses.

But there are downsides, including the risk of security breaches and the potential for lost productivity from being distracted by social media or mobile games. Critics also argue that mobile devices are yet to fully replicate the functionality offered by laptops and desktops.

Taking your office on the road

Advocates for mobile tech suggest having separate devices for work and personal use. After all, the key word in ‘mobile office’ is ‘office’, says SEQ Advisory Group’s Walt L Jones III.

Other tips include downloading smartphone versions of apps such as Office 365 or Google’s G Suite, which allow you to work on the go while seeing changes automatically reflected on desktop versions. Less is more when it comes to apps, so don’t download more than you need.

Voice assistants such as Siri can help businesspeople respond to emails, particularly those who can speak faster than they can type. For longer responses, consider acquiring a portable Bluetooth keyboard.

And if you really need access to a desktop, try a remote-desktop app such as LogMeIn.

Smartphone security can also be enhanced through enabling three layers of protection. This comprises: device protection that allows remote data ‘wiping’ if your smartphone is lost or stolen; data protection that prevents corporate data from being transferred to personal apps; and app-management security that protects in-app information from being compromised.

However, it is also important to create boundaries to maintain a sensible work-life balance, such as taking phone breaks during the workday and setting guidelines for contact. Experts argue the constant interruptions from devices can trigger stress hormones and diminish cognitive functioning, making it important to balance usage.

While mobile tech has increasingly taken on the functions of desktop technology, experts caution that it is yet to completely replace it.

A study conducted by Samsung and GfK found that while highly mobile workers could get half their work done using only their smartphone, 70 per cent stated that working on a small screen “was at least a minor frustration” when using a mobile device.

While a Galaxy S9 can be extended to create a “desktop-like experience on a full-sized monitor” it “may not replace laptops overnight”, the phone maker admitted.

Another study reported by Wirecutter using eight high-end tablets found that they were yet to replace laptops, given issues such as “multitasking restrictions and software that really isn’t optimised for these devices” although they made “good choices as secondary devices”.

The conclusion: don’t throw away your laptop or desktop just yet.